Someone Vandalized Bluecifer With Graffiti

Denver International Airport’s giant blue mustang sculpture — known to many of us as Blucifer — has been vandalized.

Spokeswoman Alex Renteria confirmed they found faint orange graffiti on the bottom of the horse’s legs Thursday night. The airport’s operations team was sent out after a local news outlet contacted them based on a tip the newsroom had received. She said the graffiti is “difficult to make out.” They’ll be reviewing surveillance footage and Denver police are investigating.

“There are definitely letters of some sort,” Renteria told CPR News. “The orange graffiti is pretty faint, so it’s illegible.”

Surprisingly, she said this is “the first incident of vandalism” to the iconic statue. Specialist crews will assess how to remove the graffiti without damaging it.

“Unfortunately at this moment, we’re not sure how that’s going to happen,” Renteria said of the process. “We have people who do this for a living coming in to make sure Mustang gets back to normal and we’ll be looking into ways to make sure this doesn’t happen again.” 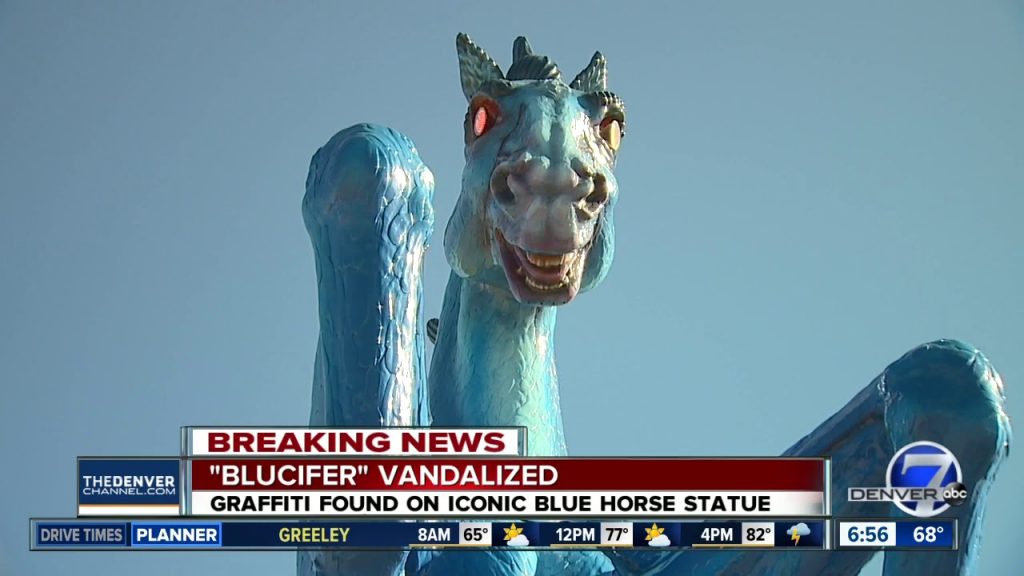 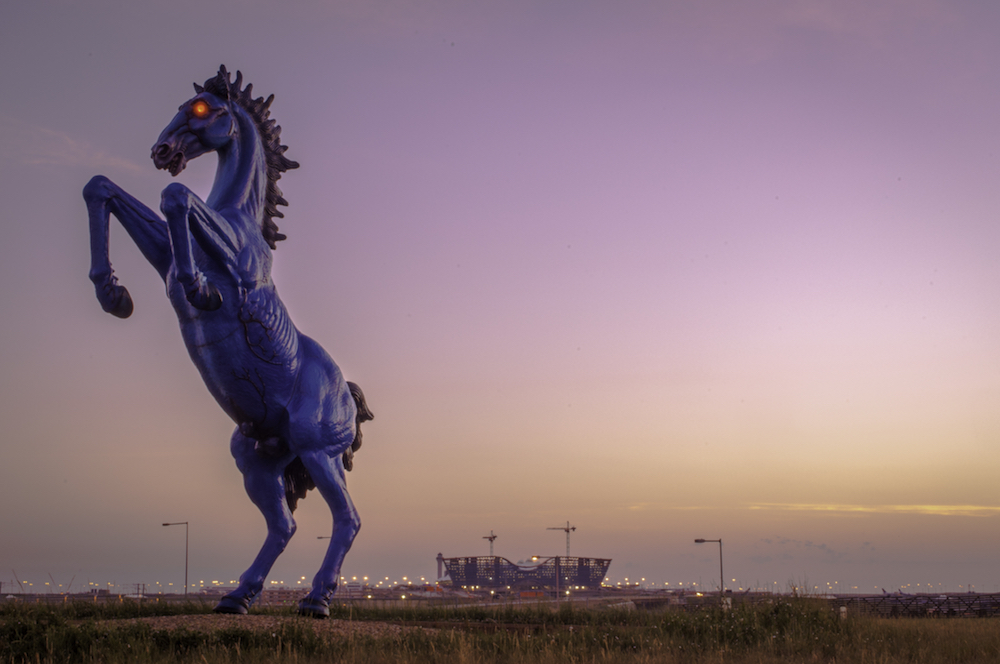 Denver Ranked #1 Best City For Millennials Who Want to Relocate